A TRADITION OF EXCELLENCE

Gregory P. Muzzillo founded Proforma in 1978 with a college friend. Within one year, the business they started with $200 grew to $250,000 and its client base to more than 300. By 1982, sales reached $1 million and Proforma was named in successive years to Inc. Magazine's 500 Fastest Growing Companies - the only company in the business forms industry named to the list twice.

To continue Proforma's rapid growth, Muzzillo developed the Proforma franchise model in 1986 - a network of independent distributors working together to build marketing clout and strong supplier relationships. This model proved successful, as Proforma, now in its fourth decade, has grown to a $500 million organization.

Launch of Proforma.com and portal sites. Products and services now include eCommerce. Proforma grows to over 400 offices

Proforma grows to over 500 offices

Proforma grows to over 650 offices

Greg and Vera Muzzillo Named "People of the Year" by Counselormagazine

Proforma recognized as Top 10 "Best Place to Work" by CounselorMagazine 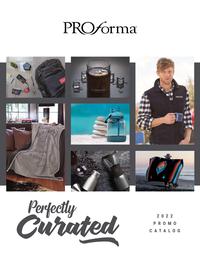 Learn how our Promotional Products and Programs can help your company get the recognition it deserves.