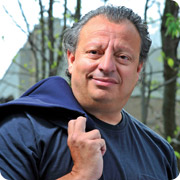 Greg Muzzillo founded Proforma in 1978, one year after graduating from college. He started the company’s franchising operations in 1986. Today, Proforma has more than 650 franchise offices worldwide with $500 million in sales. The company has been named to Inc. magazine’s list of the 500 Fastest Growing Private Companies in America three times.

Prior to founding Proforma, Mr. Muzzillo worked with the auditing firm of Haskins & Sells (predecessor to Deloitte & Touche).

Greg and his wife, Vera Muzzillo, CEO of Proforma, have 10 children and three grandchildren. Together, they serve on the Board of Directors of the University of Florida Entrepreneurship & Innovation Center and co-sponsor the $50,000 annual Big Idea Gator Business Plan Competition.

Learn how our Promotional Products and Programs can help your company get the recognition it deserves.